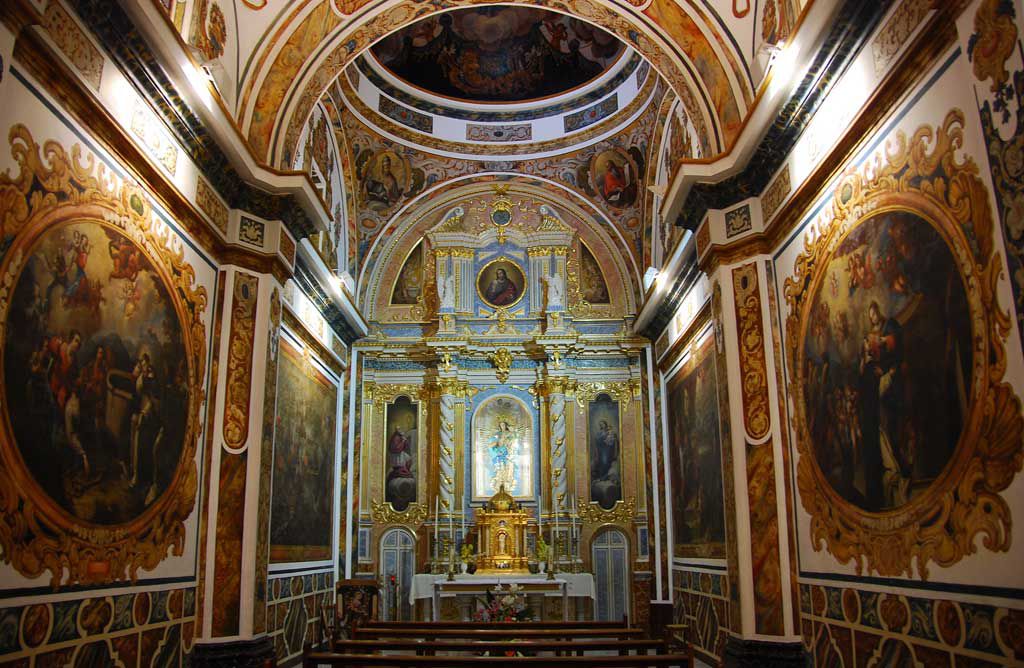 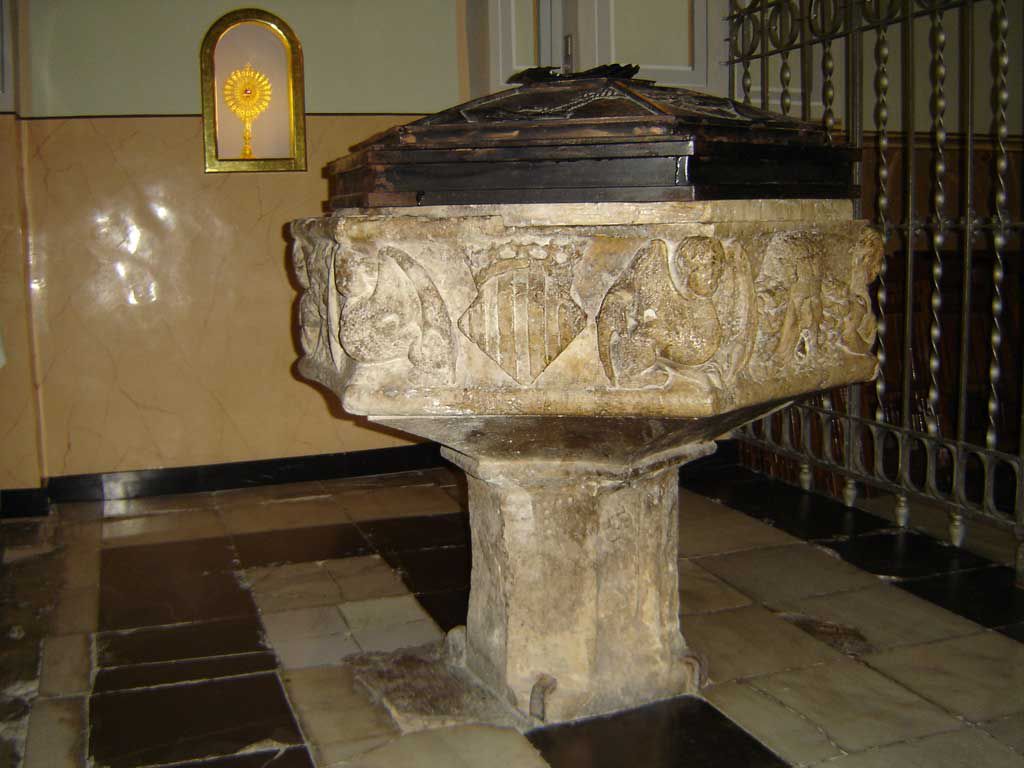 This church was originally made in Gothic style and later adapted to the baroque tastes of the time. It contains works by Juan de Juanes, Segrelles and Sorolla, among others, and a 15th century processional cross. The baptismal font, former public fountain of the 15th century, is worked in stone and is supported by a Gothic base.

FEATURES: Central nave and two lateral ones. Frescoes and paintings. Nave and bell tower in stone.
ATMOSPHERE: Interior.
ACCESSES: Abadia street.
SCHEDULES: At mass times you can not visit.
PARKING: No.
NOISES: No.
RESTRICTIONS: Saturdays from 12-13 / Sundays from 13-14 h.
PROPERTY: Parish.